To start off the game, the Skyhawks had an early 6-0 lead and by the end of half time the Chargers were trailing 6-12. To start the 4th quarter the score was 19-6 and things weren’t looking to good for Clark. Managing to score a touchdown and a conversion, Clark started to turn the game around and it was 13-19. With a minute remaining Samantha Malley got an interception in Clark’s favor giving the Chargers one last drive to end the game. They were 74 yards away from the goal and Quarterback Jay Gomes and Wide Receiver Jaeda Centeno stepped up to the plate. With only 17 seconds left the Chargers did it, Jay threw a passing touchdown to Jaeda and it was 19-19. Then seconds later Jaeda caught the game winning conversion. With 3 seconds left Silverado got the ball back and couldn’t manage to score, leaving Clark to win.

This victory sealed the number one seed in the 4A Southwest League for Clark. Their first playoff game will be held home on February 18th. 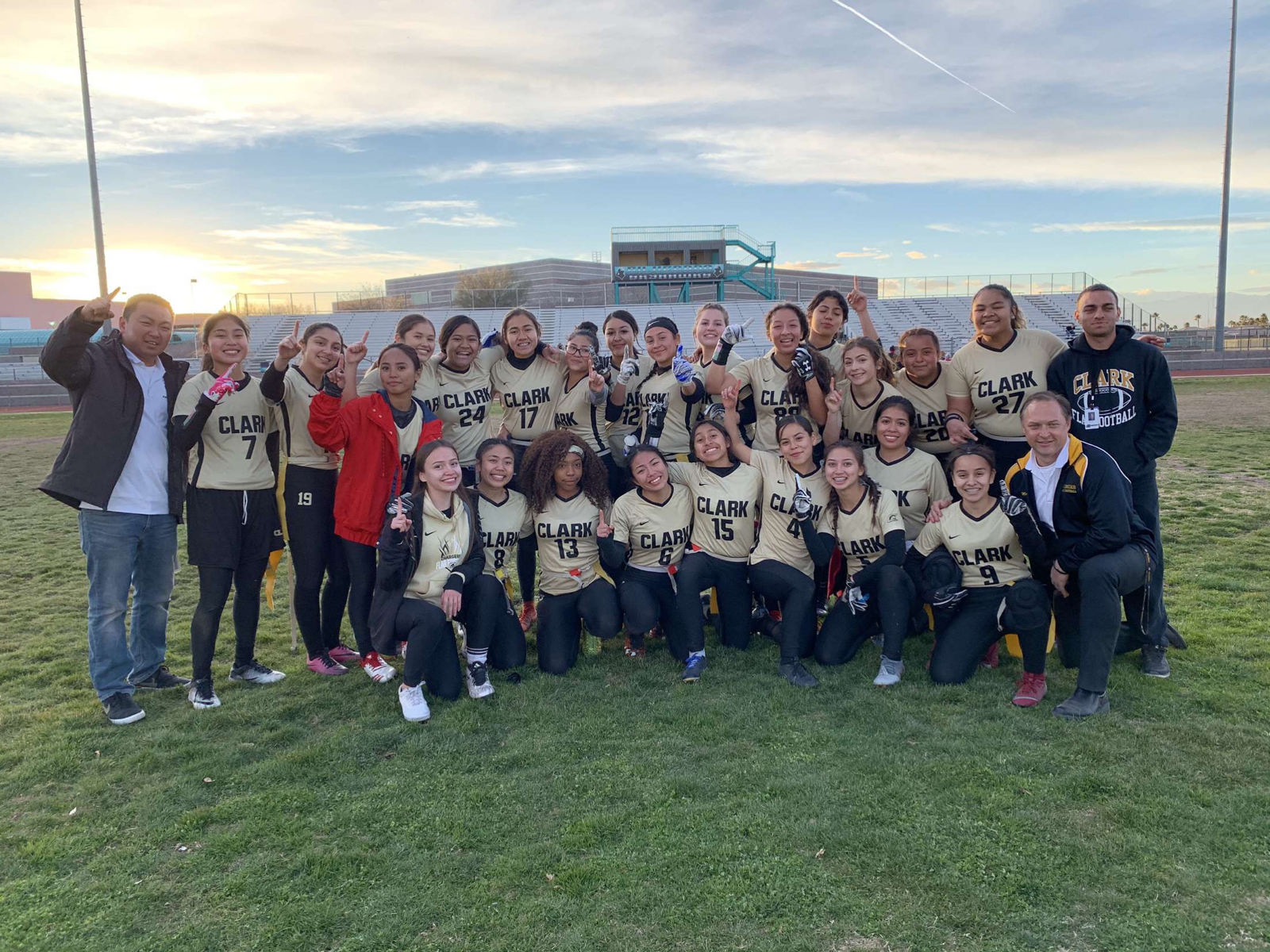